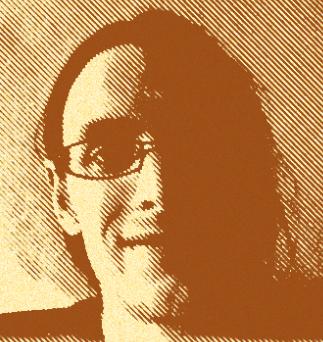 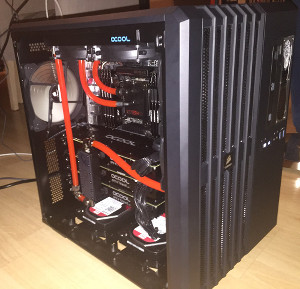 As a PhD student in Deep Learning, as well as running my own consultancy, building machine learning products for clients I’m used to working in the cloud and will keep doing so for production-oriented systems/algorithms. There are however huge drawbacks to cloud-based systems for more research oriented tasks where you mainly want to try out various algorithms and architectures, to iterate and move fast. To make this possible I decided to custom design and build my own system specifically tailored for Deep Learning, stacked full with GPUs. This turned out both more easy and more difficult than I imagined. In what follows I will share my “adventure” with you. I hope it will be useful for both novel and established Deep Learning practitioners.

If you’re like me, and working day (and night) with practical machine learning applications, you know the pain of not having the right hardware for the task at hand. Whether you’re working in industry or academia, nothing is more annoying than having to wait longer than necessary for the results of an experiment or calculation to come in. Fast hardware is a must for productive research and development, and GPUs are often the main bottleneck, especially so for Deep Neural Nets (DNNs).

Yes, it’s true: Cloud providers like Amazon offer GPU capable instances for under $1/h and production-ready virtual machines can be exported, shared, and reused. If installing libraries from scratch is more your thing, you probably know that both software and hardware libraries can easily be installed with regularly updated install scripts or dockerized containers. So far so good. What however about the kinds of applications which need more than the 4GB GPUs Amazon offers (even their newest g2.8xlarge still offers the same 4GB GPUs, be it x4)? The few other cloud providers offering bigger GPU’s (6GB generally) all seem to be either too custom tailored for very specific applications (video edition or biosci), or just completely unusable.

So what is one to do? Simple: get your own GPU rig!

Once I decided it was time to get my own GPU system I first thought: why go through the hassle of building one yourself, hasn’t Nvidia just released its glorious DevBox, and might there not be other vendors doing the same for Deep Learning applications? Well yes it turns out there are some other companies building research-oriented machines, but none of them ships or sells to Europe. Nvidia’s Devbox also only ships to the USA, next to being ridiculously overpriced (with its $15k for around $9k of hardware components), as well as has a huge waiting list.

Again, what is one to do? Simple: build you’re own GPU rig!

Starting out: Choosing the right components

Surfing the web, I found Tim Dettmers’ blog where he has a couple of hugely useful posts on which GPU’s and hardware to choose for Deep Learning applications. I won’t repeat this information in full here. Just go and check them out! Both the posts and the comments are very much worth to take a look at.

Putting it all together

In the end, after thorough reading, helpful replies from Tim Dettmers, and also going over Nvidia’s DevBox and Gamer Forums, the components I chose to put together. It is clear that the machine is partly (at least the chassis is) inspired by Nvidia’s DevBox, but for almost 1/2 of the price.

Building it yourself (DIY) or asking for help

If you have the time and willpower to build an entire system yourself, of course, this is the best way to fully understand how components work and which types of hardware fit well together. Also, you might better know what to do when a component fails, and can replace or repair it more easily.

Option B: Outside help

Another option is asking a specialized company to order the parts and build the entire system for you. The kinds of companies you want to be looking for is Gamer PC companies, which are used to custom build systems for gamers. They might even have experience with water cooled systems, although for gamer PCs one usually only water cools the CPU, and there are handy premade kits for that. This is, of course, different for full on water cooled systems where also multiple GPUs need to be screwed open, heatsinks placed on top, and the water piping, compressor caps, bits, and whatnot need to be all properly put together. The worst thing after all your hard work would be to have a water leak in your system, and damage to your GPU or other components.

Mainly because I couldn’t see myself properly put together all the necessary components for water cooling, as well as lack of time to read up on the full procedure, I opted for the second option, and found a very capable hardware builder to help me out with putting the first version of my Deep Learning Machine together. If you don’t mind having your PC built in the Netherlands, I can fully recommend computer-bestel.nl. You can see what they usually have in stock for high-end systems here, but you probably want to give a call or mail Johan Oosterhuis, computer-bestel’s founder. If you’re as crazy like me to go for a water cooled system take in mind that it’s rather fragile and therefore not recommended to ship it by ordinary parcel mail. A system like the one I have (let) build also will be too big to be counted as an “instrument” by airlines, so you can’t take it with you in the plane either, so transport might be something to think about before actually building your system.

Thats it for now. Next time (next week or so?) we’ll cover a lot of ground, installing CUDA support, and everything you need on a software level to get your bare metal system running some Deep Neural Nets!